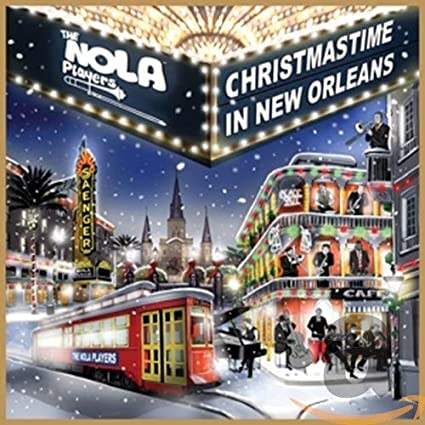 A big band jazz orchestra composed of 18 of New Orleans' finest jazz and classical musicians, The NOLA Players came together to honor their beloved city through this musical Christmas card, CHRISTMASTIME IN NEW ORLEANS. The latest offering from AimHigher Recordings and The NOLA Players' first collaboration, this gorgeous and merry recording contains 14 tracks of brand new original arrangements of holiday favorites and is sure to be a Christmas classic for this season and many to come.

The Birth of Christ, hosted by Liam Neeson (Sony Classical) 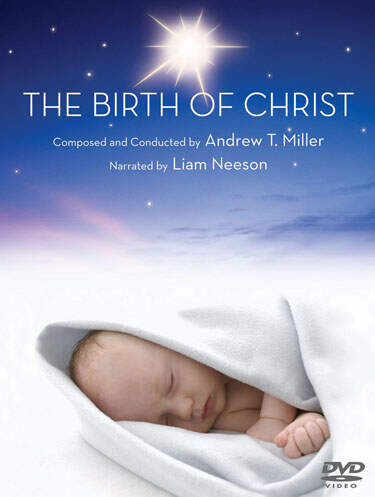 This inspiring, musical celebration brings the Christmas story to vivid life as never before. Through song, the timeless characters beloved the world over: Mary, Joseph, Elizabeth and the Shepherds reveal their humanity and passion. Recorded live in Ireland, this historic premiere of The Birth of Christ brings together a chorus of Catholic and Protestant singers who for "One Blessed Night" put aside their sectarian differences and raised their voices in unity and peace around the central mystery of their faith. Featuring a narration of Luke's Nativity by Liam Neeson, this musical treasure will awaken you again to the startling wonder of Christmas. 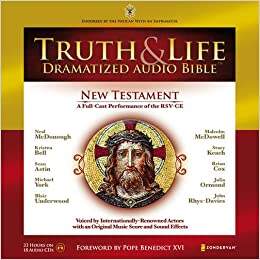 The TRUTH & LIFE DRAMATIZED AUDIO BIBLE ™ NEW TESTAMENT elegantly blends voices, sound effects and an original music score to create an aural environment that will totally immerse you in the Scriptures. The literal English RSV-CE New Testament is 'performed' for you in radio drama style by more than 70 actors including international stars: Neal McDonough as "Jesus," Julia Ormond as "Mary, Mother of God," Blair Underwood as "Mark," Stacy Keach as "John," Michael York as "Luke," Brian Cox as "The Voice of God," Sean Astin as "Matthew," Kristen Bell as "Mary Magdalene, " Malcolm McDowell as "Caiaphas," and John Rhys-Davies as the Narrator.

The Word of Promise Audio Bible 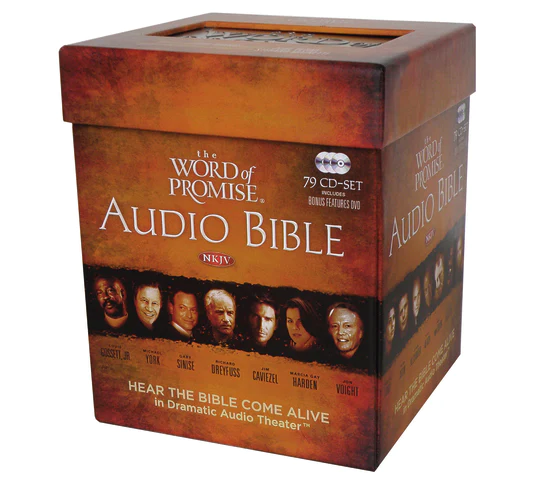 This world-class audio production immerses listeners in the dramatic reality of the Scriptures as never before with an original music score by composer Stefano Mainetti (Abba Pater), feature film quality sound effects, and compelling narration by Michael York and the work of over 600 actors.

The 79-CD set includes a separate carrying case and an interactive Bonus Features DVD that includes actor interviews, worship resources, and a fascinating look at how dramatic audio theater is produced.